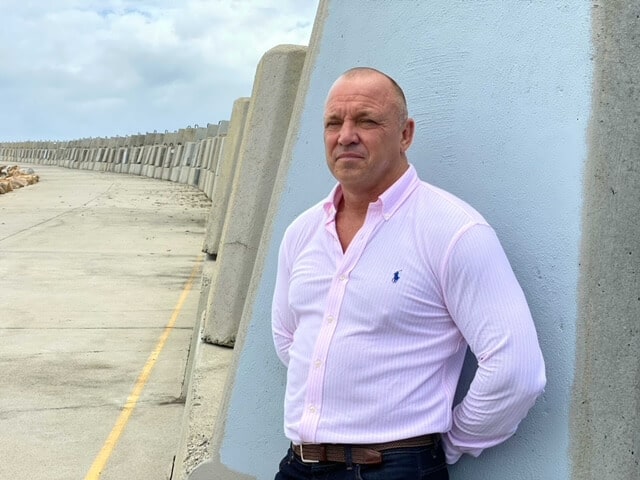 When 14-year-old Russell Manser stole his first car for thrills in Sydney’s Mt Druitt he had no idea
he would spend most of his life at loggerheads with the law.

“He was just a happy kid, but he started hanging out with a different crowd in his teenage years,”
says his childhood friend Sarah Johnson who watched his descent into a life of crime.
By his early 20s, Manser was addicted to heroin and holding up bank tellers at gunpoint to finance
his habit.

“It was like a rocket ship, I just couldn’t get off it,” Manser says of his repeat offending. “What I’ve
done was terrible but for a long time I didn’t realise that.”

Manser went public about his shocking experiences as a teenager in a boys’ home and then prison.
Sharing his story led to an official apology and compensation.

This validation empowered him to help others and he built a successful referral business guiding
former prisoners and other institutional survivors who are seeking justice for their own sexual abuse.

Now his value as a role model for rehabilitation has been recognised by Corrective Services New
South Wales.

“It’s fantastic to learn from people who’ve managed to move beyond their criminal life,” says Deputy
Commissioner Luke Grant, who has invited Manser back into jails to tell his story.

Former bank robber John Killick sums up the dramatic changes in his friend’s life: “It’s one of the
great turnarounds. It’s a million to one chance.”

For an obligation free chat fill out the form and our supportive team will be in touch.